Nonagenarian still stepping it out for health 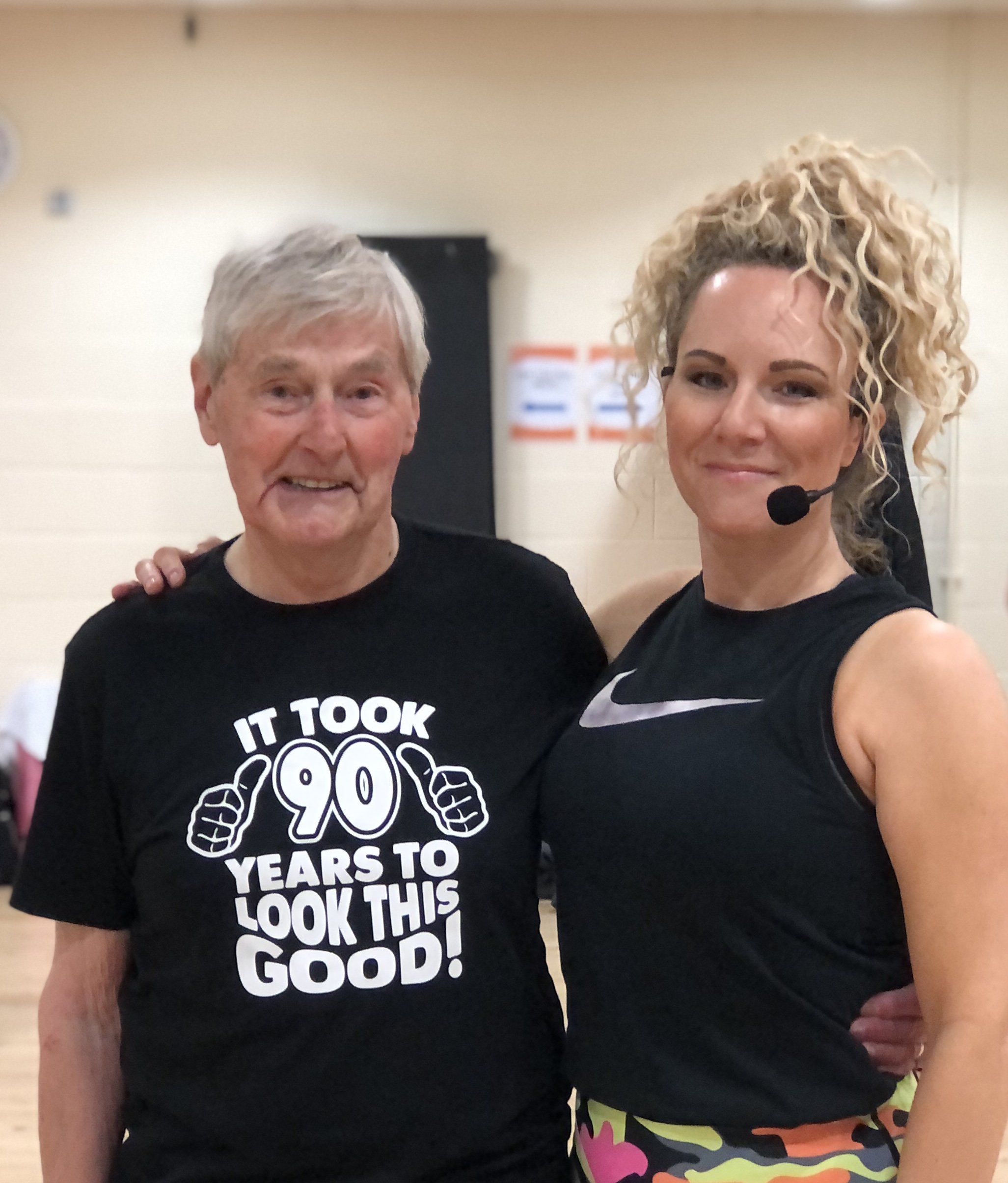 Nonagenarian still stepping it out for health

An Edinburgh nonagenarian and aerobics fanatic has celebrated reaching his 90th birthday on 26th April 2022, by taking part in one of his four weekly step classes, followed by cake and a celebratory cup of coffee with his fellow steppers.

Edinburgh born and bred Robert Cook (Bob) from Craiglockhart, has been a dedicated Edinburgh Leisure customer for decades since bringing his three children to play badminton at Craiglockhart and swimming at the Royal Commonwealth Pool.

The great-grandfather of three (and soon to be four) and grandfather of three, has been attending step fitness classes for 27 years at Edinburgh Leisure, alternating between Craiglockhart and the Royal Commonwealth Pool. He originally started going to the classes on the encouragement of his wife of 65 years. He also likes to use the gym, warming up before a class or using the cross-trainer, stepper or weights.

His favourite instructors are Ruth Evans, Yvonne Furneaux, and Nikki McCardle at Craiglockhart Leisure Centre and Ileen Bannerman who teaches at the Royal Commonwealth Pool every Wednesday.

Nikki McCardle, the Step instructor at his Tuesday class at Craiglockhart said: “It’s a pleasure to have Bob attend my step classes, I couldn’t believe it when he told me last year ‘my 90th birthday is next year on a Tuesday, and I want to be in your class that day.’

“I take my hat off to Bob, he comes to the class every week, gives it 100%, and has a big smile on his face throughout. A truly inspiring gentleman and definitely an advert for living a healthy lifestyle.”

Bob is even more of an inspiration having survived a heart attack and a subsequent triple-heart bypass in 2007.

He had gone into the Western General Hospital overnight for a routine scan. Getting up in the night to use the bathroom, he suffered a heart attack, and fell and banged his head.

He explained: “The next thing I knew was waking up in a cot-style bed with tubes coming out all over the place. I’d suffered a massive heart attack and had actually died.  However, I count myself lucky enough to have been in the right place and to have been given a second chance.  I often joke with people that I’m actually a very old teenager, living my second life.”

Bob also lives with chronic pain following a bout of shingles in the 1990s, which affects the right side of his head.

Bob said “I particularly love the step classes, which not only help with my general fitness but it’s also the only time I’m not conscious of my chronic pain. I love having a regular routine and we all know that keeping active, whatever your age, is good for you.

“I’ve been attending the classes that long that I feel I’m part of the furniture. I really love the social element of attending a class and connecting with the same friendly faces. And my fellow classmates say they miss me when I skip a class.

“And the instructors - Ruth, Yvonne, Nikki, and Ileen - really make the classes, giving me all the encouragement, I need. “It’s why I return week after week. In fact, I’ve been attending Ileen’s classes since she first started teaching at Craiglockhart classes, when she was a spikey-haired peroxide blond 19-year-old.  Now she’s a 40 something year old, I’ve followed her to her Commie step classes, to continue this long-lasting association. And even though the class can be a challenge, I keep up just as well as the person next to me.”